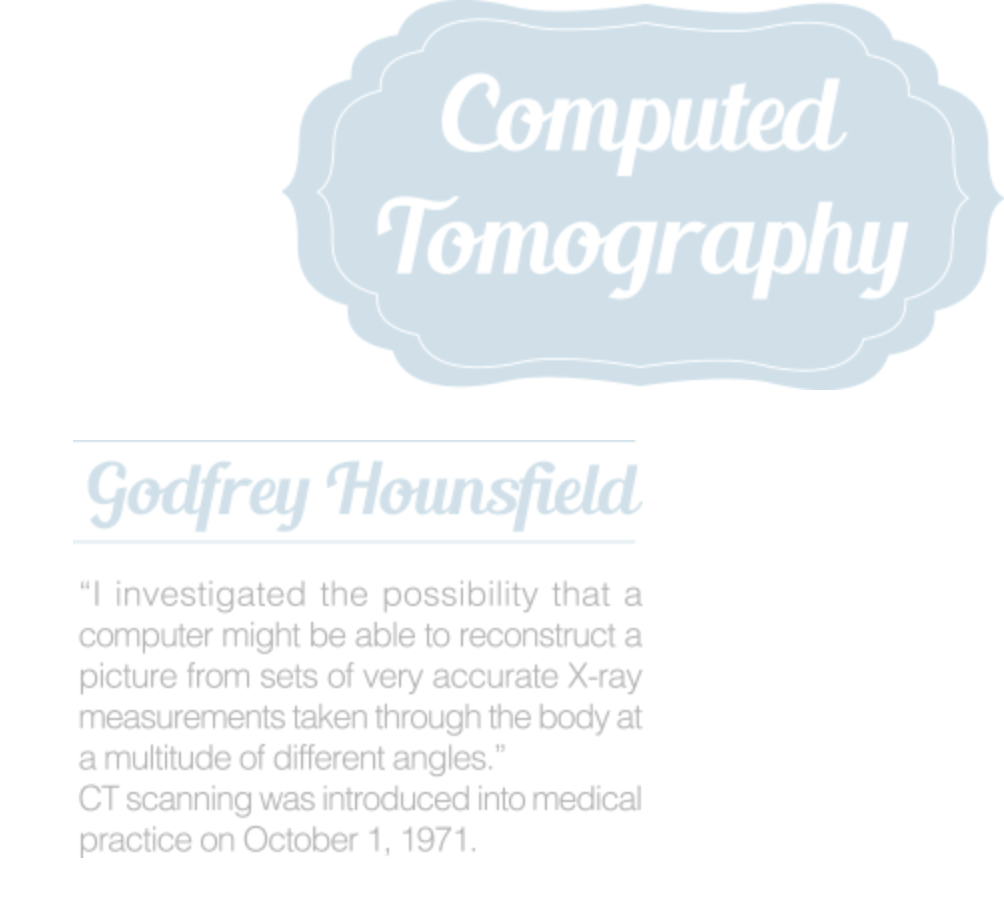 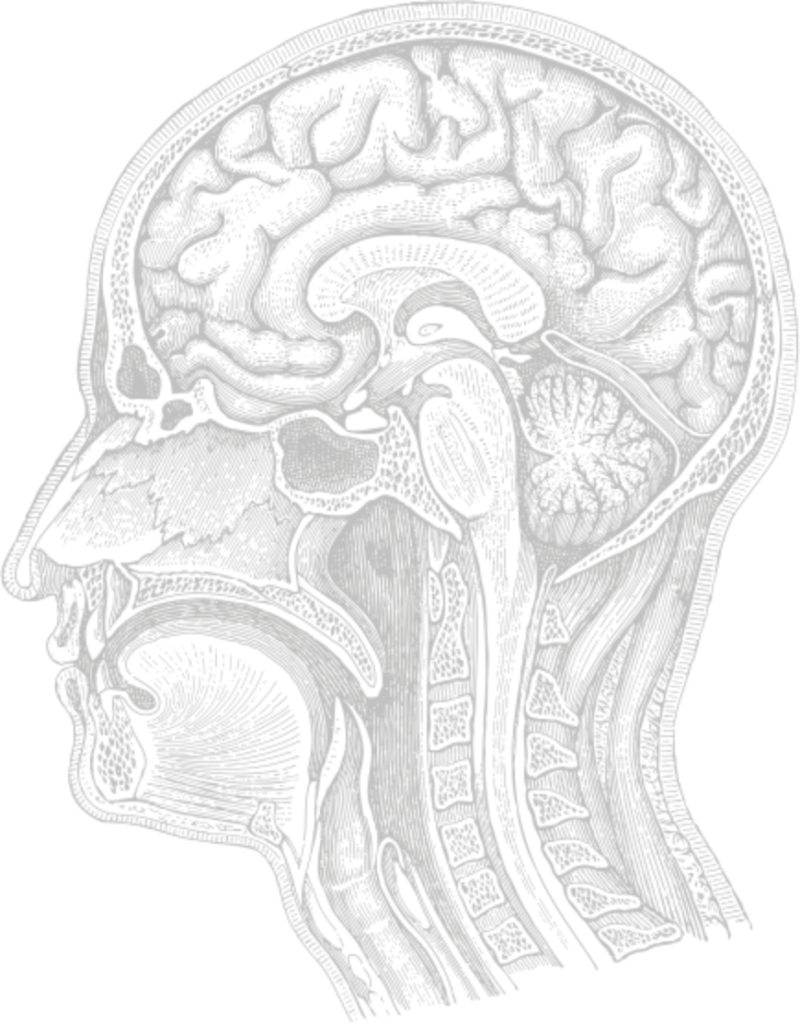 It's Strictly Business [with a whole lot of heart]

Sanara Capital is a Health-Tech fund, focusing on Digital Health, Bio-Convergence & Medical Devices Israeli startups, at their A-B investment round of financing.

Sanara Capital is a follow-on fund to Sanara Ventures, a seed-stage investment platform supported by Philips and Teva with nearly 20 active portfolio companies. Sanara Capital has the preemptive rights to all these companies, and it invests both in Sanara Ventures’ graduated companies as well as in external ones.

We are truly committed to 360 degrees of support and value creation to our portfolio companies. We do that with our core team that works closely with the companies, as well as with our global network of experts, from a range fields of healthcare and tech, who are all available for our portfolio.

It’s All About the Team Work 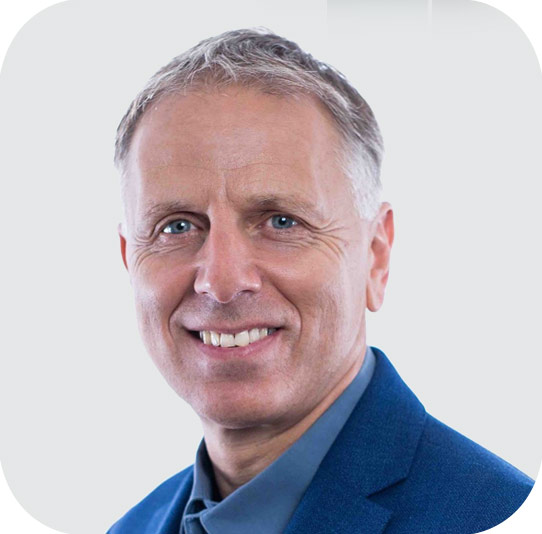 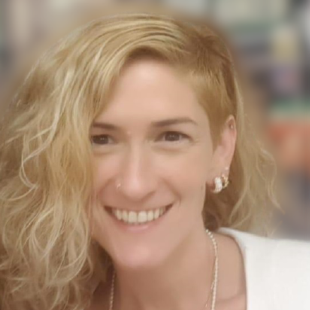 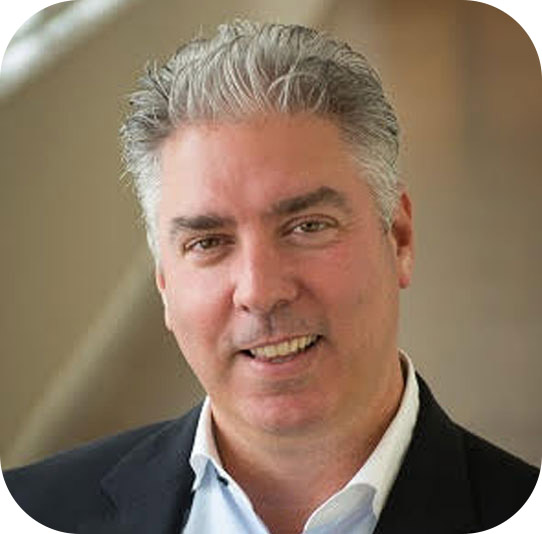 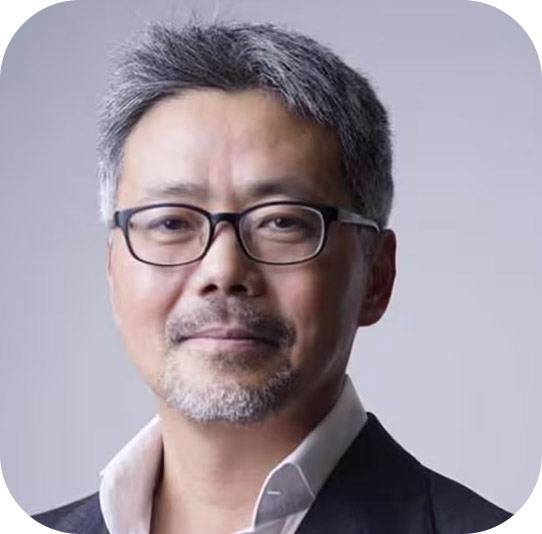 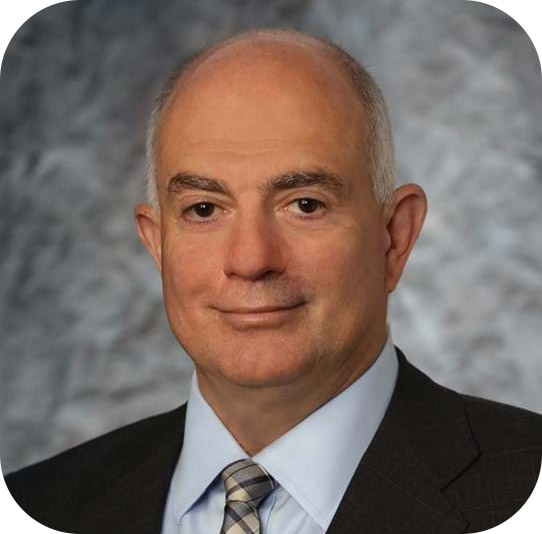 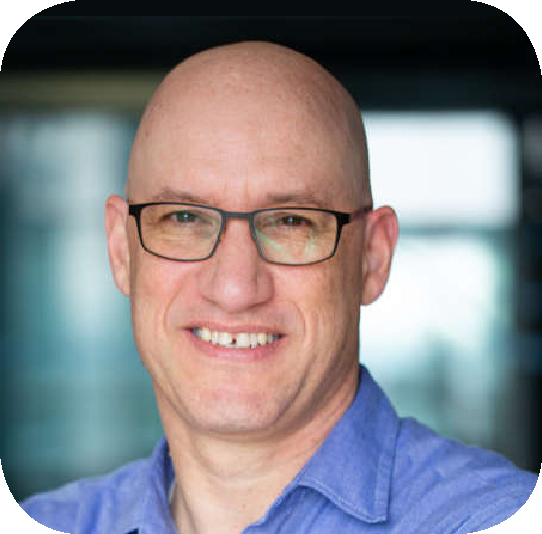 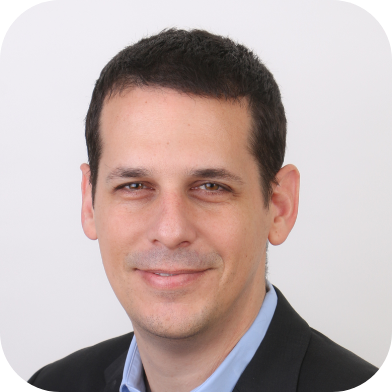 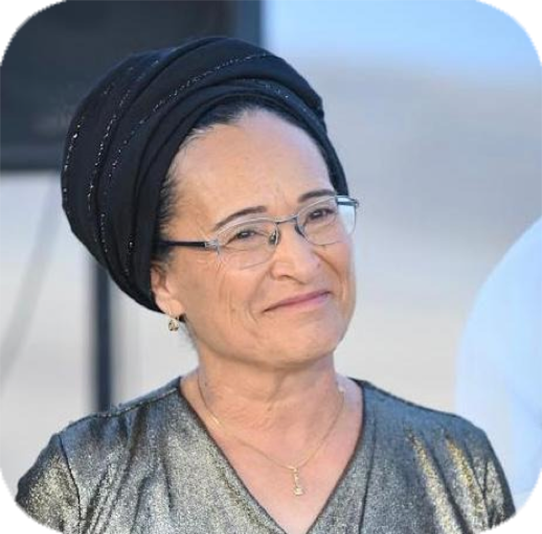 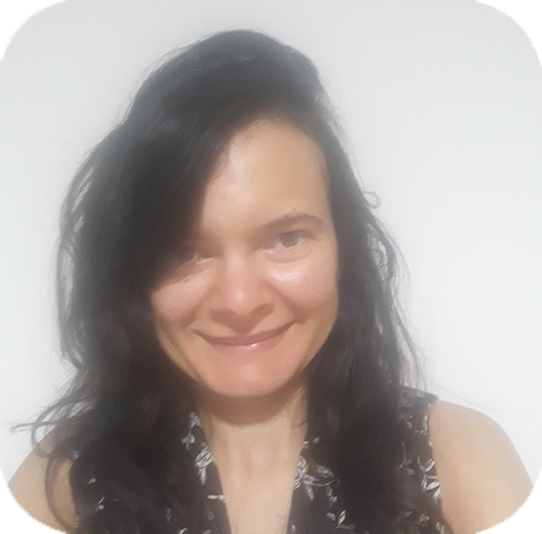 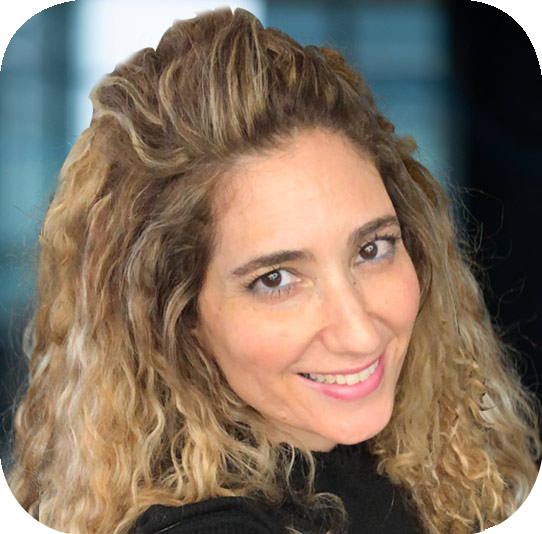 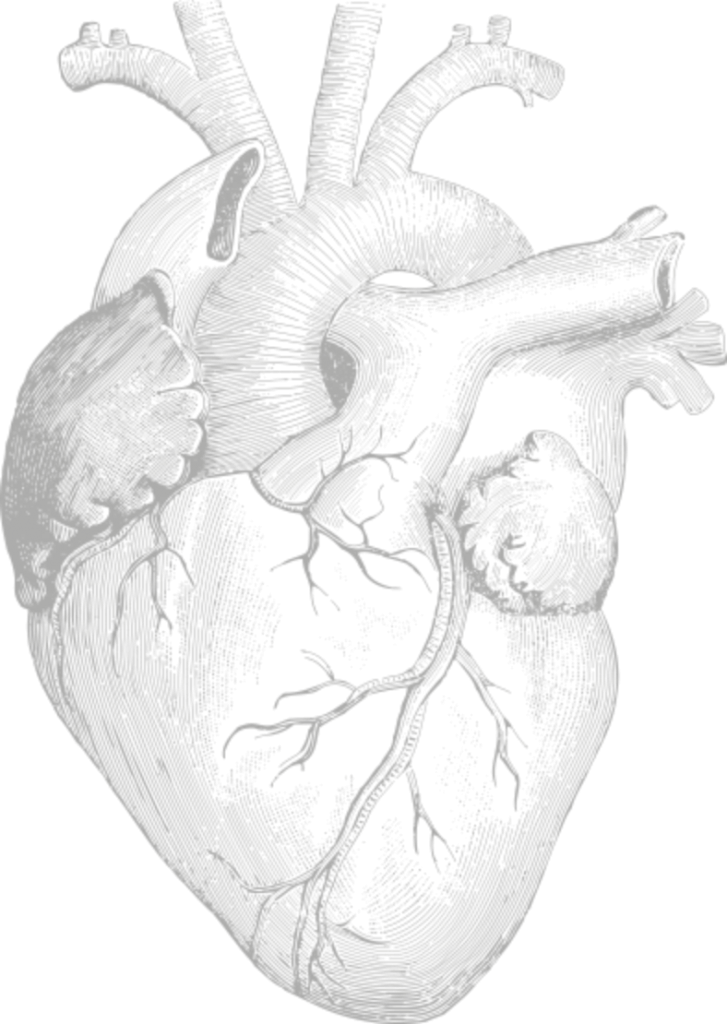 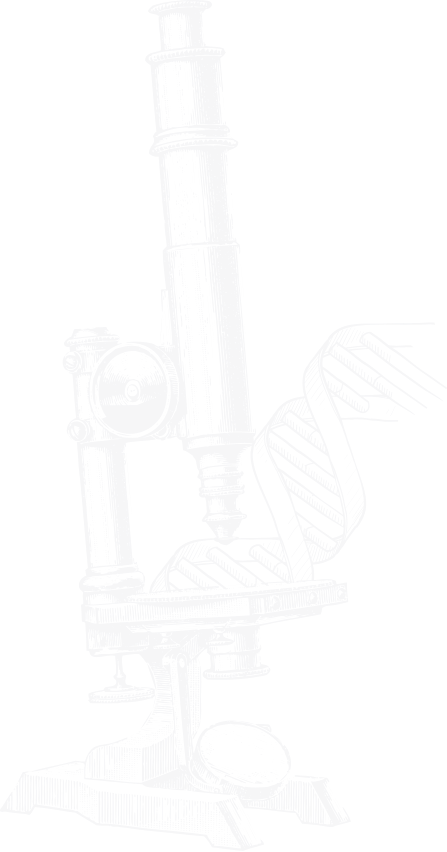 Assaf Barnea
A seasoned entrepreneur and venture professional, with extensive, multidisciplinary experience in building innovation platforms and leading commercialization processes in healthcare.
Assaf chairs the Life Science Advisory Board at The Israel Export Institute, promoting and advancing the export of Israeli technologies in the medical, biotech, pharma and digital fields in global markets. A valued consultant, he also advises the World Bank’s IFC venture capital team and is a co-founder of the IFC’s Tech Emerge initiative, a unique acceleration platform connecting healthcare startups from around the world with leading corporations and hospitals in emerging economies.
Formerly, Assaf was one of the founders of CardioSense, a medtech startup that developed a probe for early shock detection in various medical settings.
Before lending his multidisciplinary acumen to Sanara Ventures, Assaf served as CEO of Kinrot Ventures, spearheading its acquisition by Hutchison Water in 2012. Prior to this, he headed business development at Mekorot, Israel’s national water company, where he oversaw the establishment of WaTech, the Entrepreneurship & Partnership Center for Water Technologies. For his accomplishments in both Mekorot and Kinrot, he received the Cleantech Group’s Innovation Hero Award in April 2013, which recognizes individuals whose commitment, drive and passion have made a tangible difference for innovation in general and specifically for many start-up companies.
Previously, Assaf served for four years as director of business development at Comverse, where he also co-chaired the Mobile Marketing Association.
A unique highlight in Assaf’s story is his former stint as a college basketball player at New Jersey’s Seton Hall University, where he won the Big East championship against Georgetown. He went on to play professional basketball in Israel’s national league, while completing multiple academic degrees.
A certified lawyer, Assaf holds both law and business degrees from the Interdisciplinary Center in Herzlia, and a BA in political science and psychology from Tel-Aviv University.

Uri Adoni is a venture capitalist, angel investor, board member and an international speaker. He is also the author of the book “The Unstoppable Startup – Mastering Israel’s Secret Rules of Chutzpah”, published by Harper Collins (https://www.theunstoppablestartup.com).
Uri has over 20 years of experience in high-tech and over 12 years of being at Jerusalem Venture Partners (https://www.jvpvc.com). JVP is one of Israel’s leading venture capitals with an impressive track record of IPO’s on NASDAQ and M&A’s to large leading multinationals. Adoni served on the board of several high-tech companies, early and late stage ones. Prior to joining JVP Uri was the CEO of MSN Israel (Microsoft Networks).

Dasy brings over 15 years of executive, entrepreneurial, and investment experience in the Healthtech industry. Serving in strategic leadership roles, Dasy led companies from early development to commercialization and turned around underperforming businesses back to market, sales, and deals.

Dasy is also the founder of a consulting agency that provides regulatory, quality, and clinical services to medical start-ups and SMEs, designing and executing creative strategies to achieve successful introduction to US, EU & other markets.

In 2017 Dasy was recognized by Frost & Sullivan with a “Best Practices in Enabling Technology Leadership” award for heading commercial and non-profit Cardiology Digital Health projects in East Africa.

In 2020 Dasy founded the Games for Health Israel community that bridges between the gaming and healthcare industries, leveraging the unique potential of gaming technologies to fulfil unmet needs of patients and healthcare systems worldwide.

As a successful entrepreneur, Efi brings to Sanara Capital 25 years’ experience in healthcare development and operations.

He founded Forest Healthcare Limited, which grew from a single site into a specialized healthcare group offering 14 facilities, 850 beds an 1,000 staff. He then launched Danshell Healthcare Group in 2011.

Through a combination of acquisitions and turnarounds as well as organic growth, he built it into the second largest healthcare group in the UK, before selling it in 2018 to UHS/Cygnet Healthcare.

Haisong is an experienced technology entrepreneur and investor in China. He also serves as an adjunct professor at Fudan Business School. Over the years, Haisong has developed a broad international network and work experience across technology industry in North America, Japan, Europe and Israel.

Haisong is the founder and former CEO of the highly successful website etang.com, which was one of the largest late-teen sites in China. It was acquired by Qihoo in 2006. Haisong moved from etang to join RMB China, taking on responsibility for RMB’s Chinese private equity operations covering deal sourcing and structuring, office establishment and staff recruitment. Subsequently, he was responsible for Technology Reserve, a global platform that allows SMBs to secure IP and technology from Fortune 100 companies.​

Haisong’s work experience includes time with the Shanghai Municipal Government, where he was Deputy Director of Foreign Trade, with Ermenegildo Zegna as assistant to the CEO, and with McKinsey & Co, where during 1993-1996 he was a Business Analyst based in the U.K., U.S. and China and helped set up McKinsey’s first China office in 1993.

He earned a BSc in Laser Physics from Shanghai’s Fudan University in 1989 and an MBA from Harvard Business School in 1998.

Andrei has a demonstrable history of operational excellence, creating significant growth, efficiency improvements and quality outcomes. A champion for Quality of Care, Andrei is a Physical Therapist and served as a Malcolm Baldrige Examiner.

As CEO of Pipeline Health, LLC, since January 2021, Andrei leads a system of seven hospitals in three states, with 5,000 employees. Pipeline hospitals serve diverse, often under- served communities with affordable care. Aggressive revitalization efforts now under way include investments in staff, equipment and facilities, physician recruitment and a sharp focus on quality improvement.

Andrei also served as CEO of Verity Health, a six hospital system in California with $1.5 billion in revenues and more than 8,000 employees. There Andrei executed an $82 million EBITDA performance improvement in one year, acquired several practices, a
management company, five surgery centers and recruited more than 350 physicians.

Previously he served as the COO of Detroit Medical Center, an eight-hospital system in Michigan with $2.4 billion in revenues, and 10,000 employees. There, he helped improve costs by $40 million, EBITDA by $65 million, coordinated ACO’s, health plan, and directed $850 million in capital deployment

Dr. Eran Toledo, is an experienced executive, with a strong background in both academic research and industrial development projects. Prior to joining Sanara Ventures, Eran was VP Research and Development with Aspect Imaging, a well-established startup in the field of MRI, with applications in diagnostic medicine, pre-clinical research, the food and oil industries. Earlier, Eran was VP Research and Development with Biological Signal Processing (BSP), a startup that developed a novel marker of ischemic heart disease based on a unique approach to ECG signal analysis. Before joining the private sector, Eran was a Fulbright scholar at the University of Chicago, where he focused on developing quantitative imaging techniques in the field of cardiology. Eran also served as a research officer in the IDF Signal Corps.
Eran is a graduate of the distinguished Talpiot program. He holds a BSc in Physics and Mathematics from Hebrew University, Jerusalem and a PhD in Medical Physics from Tel Aviv University. He has over 10 years of managerial experience in the medical device industry and extensive academic research experience. Eran has authored and co-authored over 35 scientific publications and is the inventor and co-inventor of several medical device patents.

Eli holds more than a decade of experience in corporate finance, strategy, and accounting management coupled with computer engineering and mathematics education.

Before joining Sanara Ventures, he was the CFO of PPS, a world-leading tactile sensing solutions provider, and its six subsidiaries. At PPS, he played a vital role in raising various private investments as well as government and strategic grants. During his tenure, Sierra Scientific Instruments, a subsidiary of PPS, was sold for $35M. He also recently advised NGT3, an early-stage investment firm focused on medical device and life science technologies, in assessing new technologies.

Mr. Yered is an officer in the Israeli army and holds an MBA from UCLA Anderson, where he graduated as a member of the Dean’s List of Honor. He also holds a BSC in Computer Engineering from the Hebrew University.

Janette Lazarovits
Bio-convergence Advisor
Dr. Lazarovits provides technical and strategic guidance to Sanara and its portfolio companies across all phases of drug, biologics, device, and bio-convergence technologies development.
She holds a PhD from University of Texas Health Science Center (UTHSCD) and completed a Post-doctoral fellowship in the field of cell and Molecular Biology at the Weizmann Institute of Science.
Dr. Lazarovits has over three decades of knowledge in biomedical research & development, Molecular & Cell biology, Immunotherapy and bio-convergence in addition to vast experience in technical management and in industrial R&D programs and consortiums in various cutting edge biomedical fields.
She also has extensive industry and Israel Innovation Authority experience in the establishment and implementation of national innovative R&D programs and infrastructure in the following fields: bio-convergence, bio-banking, and more.
Furthermore, Dr. Lazarovits has a long record of reviewing, due-diligence and gap-analysis in preclinical to late-stage clinical pipeline product development as well as involvement in strategic partnerships between Israeli start-up companies and global industry players.

Prof. Pinchas (“Pinny”) Halpern is a clinical Associate Professor of anesthesia, critical care and emergency medicine at the Sackler Faculty of Medicine at Tel Aviv University, and Chair of the Department of Emergency Medicine, at Tel Aviv Medical Center. He is past President of the Israeli Association for Emergency Medicine and its current secretary; Chair of the medical advisory committee of Magen David Adom National EMS and serves on its board of directors. He trained in anesthesiology at Tel Aviv and in critical care medicine at Ohio State University. Prof. Halpern has led training missions in emergency and disaster medicine to Ethiopia, Uzbekistan, Azerbaijan, Turkey, Jordan, Poland and the US.

Prior to joining Sanara Capital Naama performed extensive Due Diligence work on a variety of companies as a Risk Management Analyst at Deloitte. She also managed projectד in biotech and foodtech startups, where she performed business and market analysis supporting fundraising activities.

She also brings clinical trial experience, having a GCP qualification, and working as a Clinical Study Coordinator at Ichilov Hospital, where she managed clinical site processes as well as IRB submissions.

Previously, she served in the 8200 IDF unit where she learned and implemented technological and analytical capabilities.

She holds a B.Sc.Agr. in Biochemistry and food science from the Hebrew University.

Hila Zur
Administrative Manager & PA
Hila Zur has extensive experience in administration and as a personal executive assistant. Hila has worked in both hi-tech and the traditional industry.
Hila holds a B.A. in Psychology from Open University, Israel.